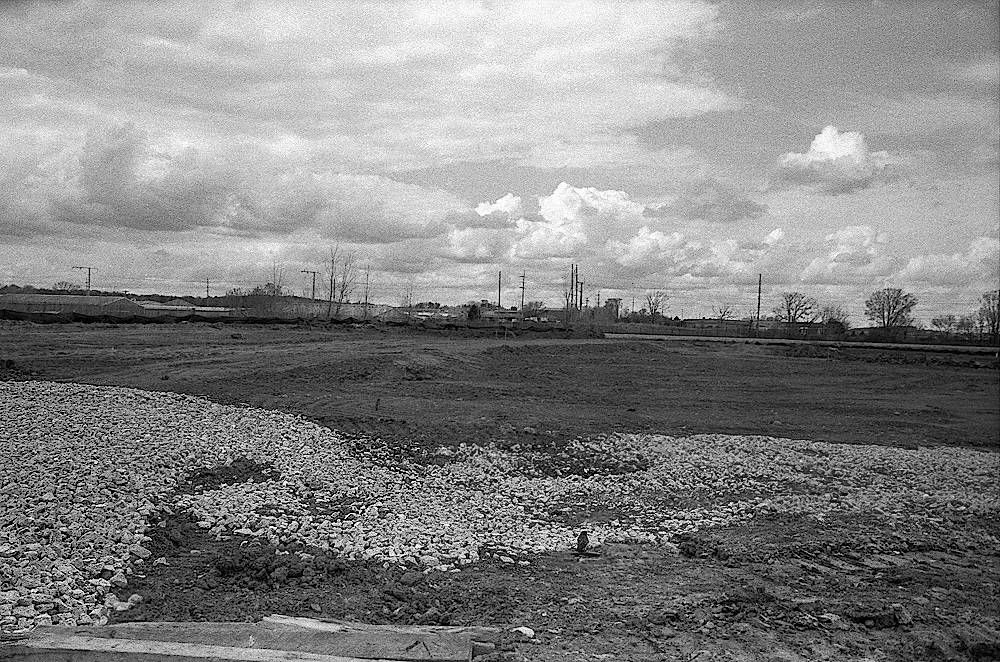 Taken in May 2016, days after a beautiful and vibrant patch of prairie near my apartment had been turned into this lifeless, barren waste. Of the handful of photos I took, this lone robin landed just as I was about to leave, and only stayed long enough to realize its home was gone forever.

I first wrote about this destruction in Shroud of the Revered Widow, but the shock, horror, and disgust of this awful turn stings even now. Where butterflies, bees, or lightning bugs once lazily drifted, there is now just streetlight haze and shut windows. Where birdsong and the scampering of squirrels and rabbits filled the air, there is now just road noise and the intermittent honk of car alarms being set. Where there was once so much liveliness and vitality, there are now soulless facades, lifeless parking lots, and privileged shits that you glimpse walking from their SUVs, or while taking their dog outside to use the little strip of earth between sidewalk and pavement for all that it’s now good for.

Far be it for Middleton, WI – a town with a motto of “the good neighbor city” – to respect this natural home for so many when a few pennies are on the table. Damn the Middleton official(s) who approved this destruction. The apartment complex across the road from this waste was built on unused, abandoned pavement. Is it so much to ask that the apartment raised on this dead prairie have been similarly placed?

It doesn’t matter here, where the damage can’t be undone, but I hope to have that question take priority for future developments in this area.