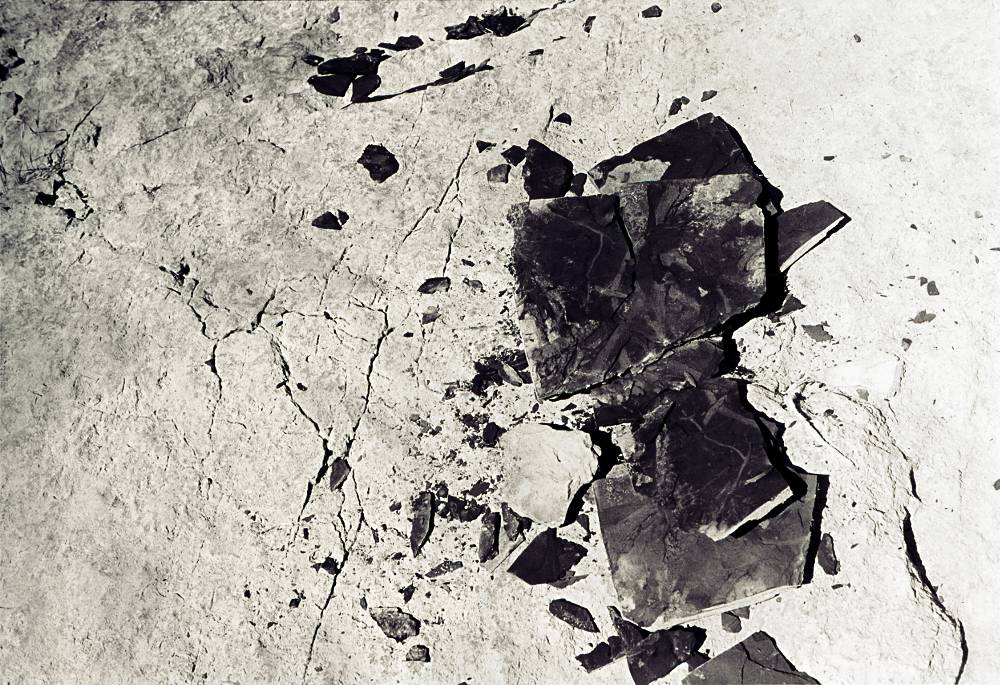 The following description appears as it first did in 2011 and closes with my current thoughts.

Shale found deep within Mattheissen State Park of Utica, IL, USA . The shale’s cracks and arrangement struck me as a child made furious over being denied something he/she desired. I saw rage born of thoughtlessness and frustration that demanded release, even if at one’s own expense.

For me, a greater association is found between that figure’s recklessness and many GOP members of the US congress – members who strive to cut social programs to shreds, deregulate anything consumer and worker-related, and obstruct Obama at every turn. All to make Obama a one-term president – all during crushing unemployment, struggling recovery for the middle class and the poor, and turbulent global markets. These GOP congress members refuse to work with Obama on assisting the unemployed and under-empoloyed because they have no time for such legislature. During this same time, however, they reaffirm in God we trust as the US motto, mint commemorative baseball coins, push the E PARASITE Act, and turn around to cry victim to corporate news when nothing of significance is accomplished.

Childish stomping is all I see when GOP congress members pursue ideology over their own country. There’s no innocence in their obstructing the President for such petty reasons – they do so with complete disregard for their constituents, and care nothing for the lasting consequences of their actions.

Now that I can read the above with a more tempered disposition (and realize that not all news sources are unbiased), it’s painful to admit that so little has changed over nearly half a decade. When they aren’t helping to set decades-spanning records for doing the least of any other congress, many GOP congresspeople waste far too much of their paltry schedule on repealing the Affordable Care Act, weakening it (even if the middle-class and poor are hurt in the process), or attacking it through methods that bypass the political process altogether.

Not all bills passed last year were bad: the ABLE Act provides tax benefits for the disabled, and the Death in Custody Reporting Act is a starting point to hold police accountable for their excessive violence against minorities. A larger list can be found here. These positive steps are grossly overshadowed, though, and in no way merit the sweeping votes for Republicans (or perhaps the voter apathy that played to their advantage) that turned control of both chambers of congress, and of numerous state and local offices across the country.

I hope to view these words differently in the years to come; to take pride in accomplishments that rise from a strengthened social and cultural foundation for this country, and to use these trying times to put it all in perspective. The pessimist in me, however, recognizes the seeming rise of voter ignorance and apathy, and dreads the damage wrought by misused or abused votes.

Monied interests can do their best to sabotage America’s political system, but the 2012 presidential election showed that broken political finance and the endless fear and negativity of attack ads can’t stand in the shadow of our individual votes. Educate yourself, train your memory, and don’t lose faith in your power to shape our country’s future, whether through voting, activism, or respectfully sharing knowledge. All the above took place, and worse will follow, because of those of us who stand removed from this great community.